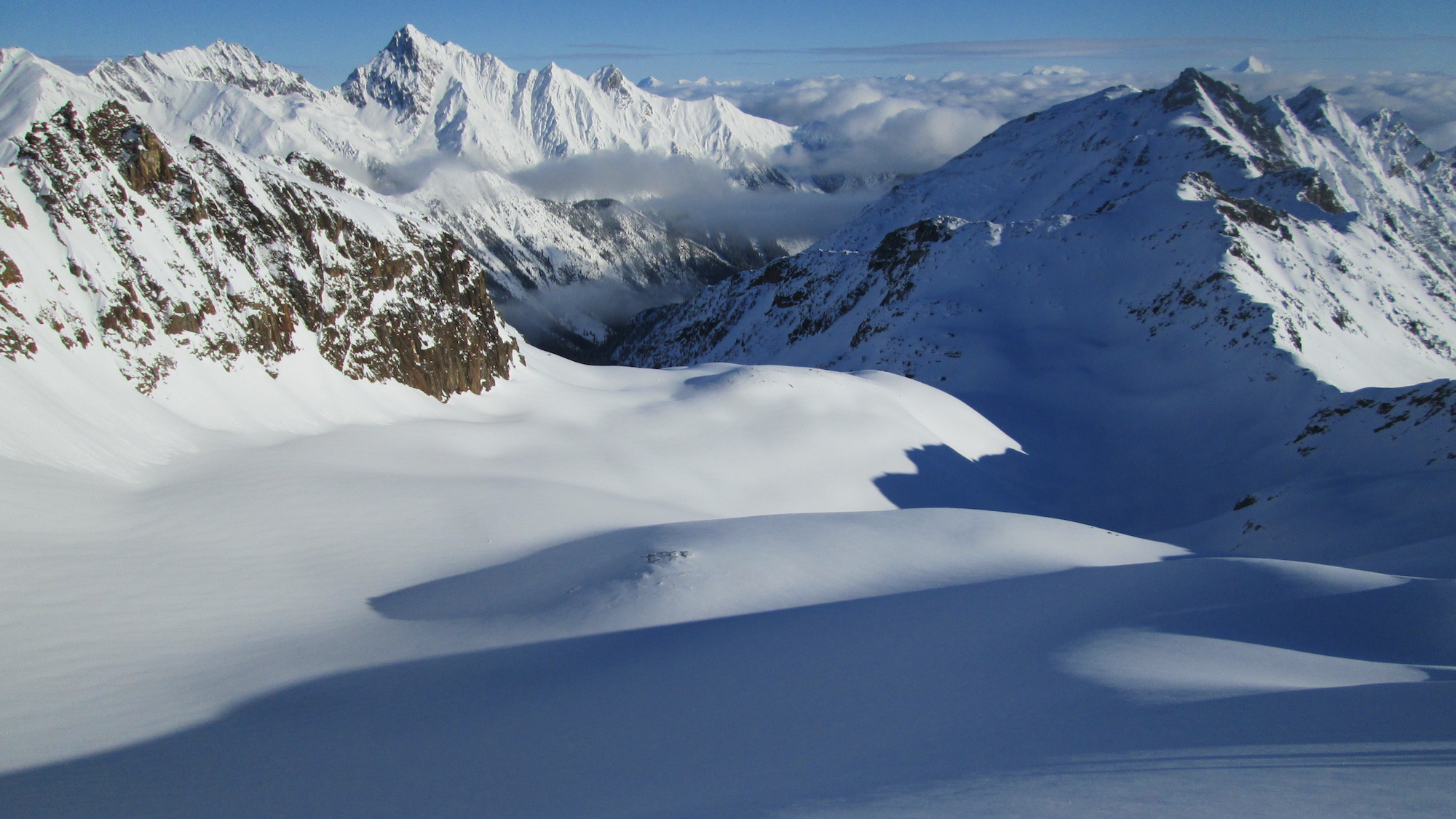 An enormous ski area with boundless dry powder snow that will feature one of the world’s greatest vertical drops, reaching an incredible 2,090 meters (6,857 feet) at project build-out. All of this is above the natural snow line — with no man-made snow. Imagine this amidst a spectacular scenery of flowing glaciers and tall, majestic mountain tops, including views of Mount Robson, the tallest peak in the Canadian Rockies. Welcome to Valemount.

Not just winter skiing and spectacular sightseeing, but summer skiing too will put Valemount on the map. At build-out, the resort will feature two summer skiing areas with verticals of up to 300 meters (984 feet) on Twilight and McLennan Glaciers. A wide range of terrain will be available on these glaciers that will accommodate both the general public and competitive athletes seeking summer snowsports training. 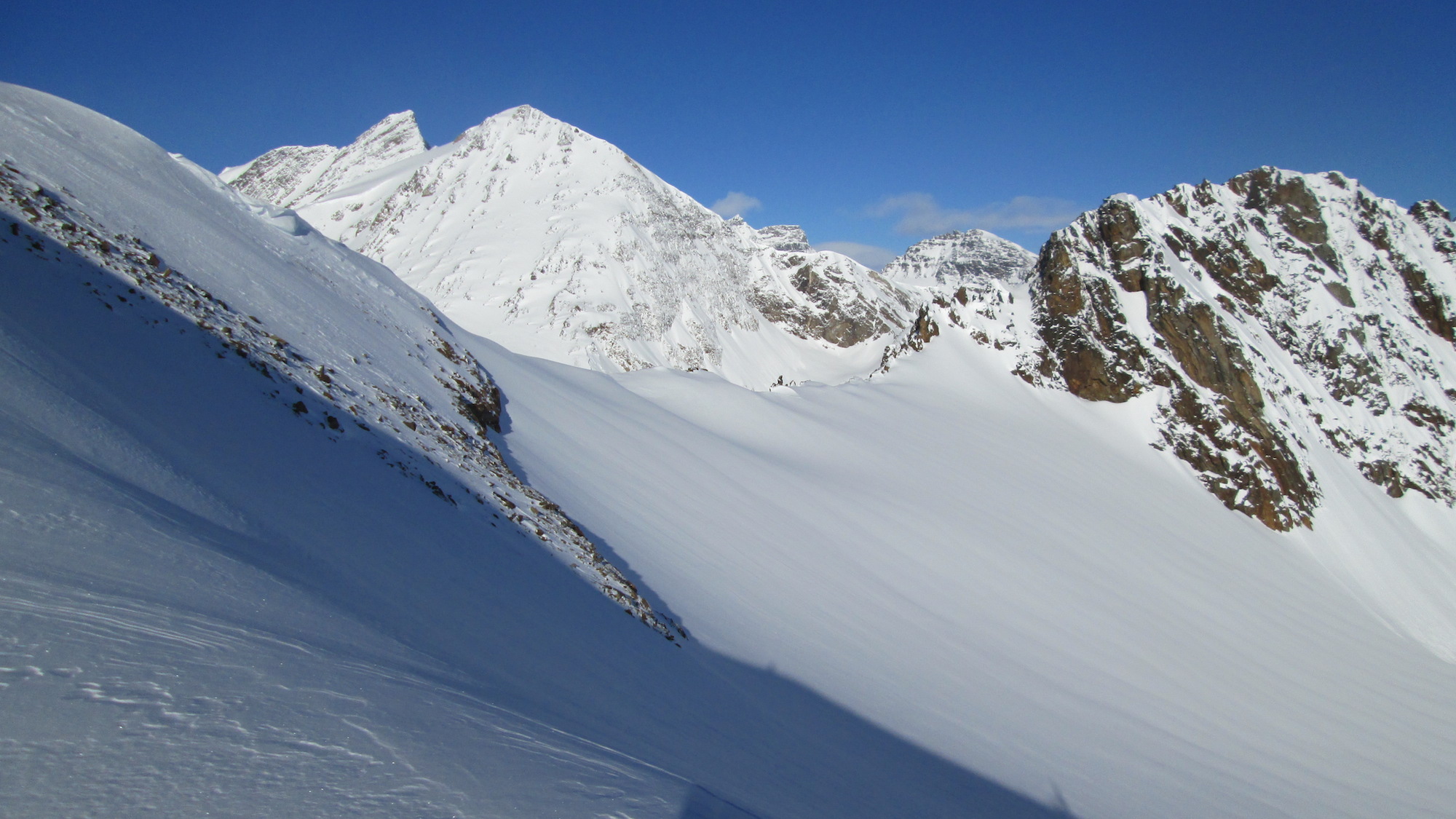 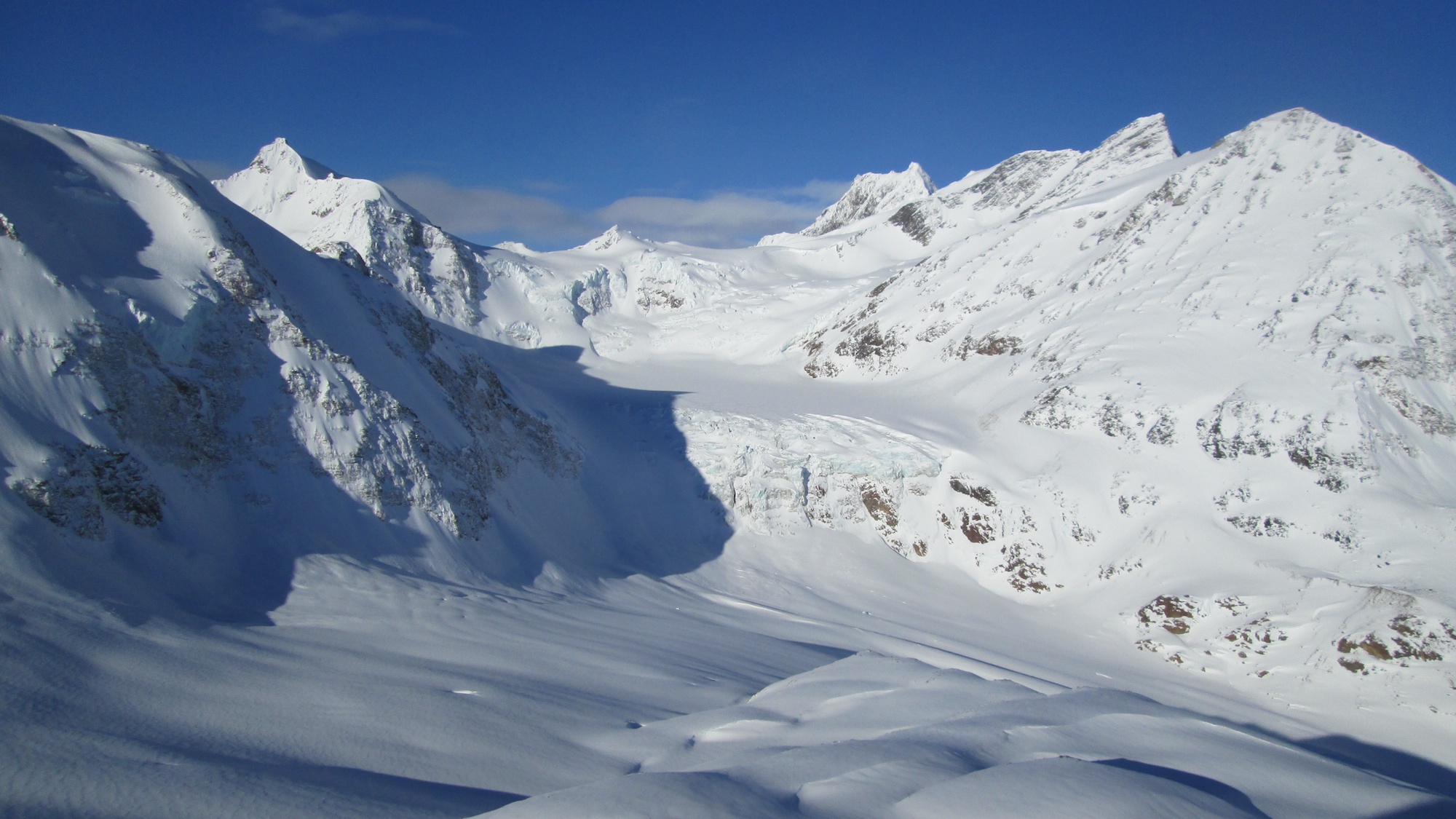 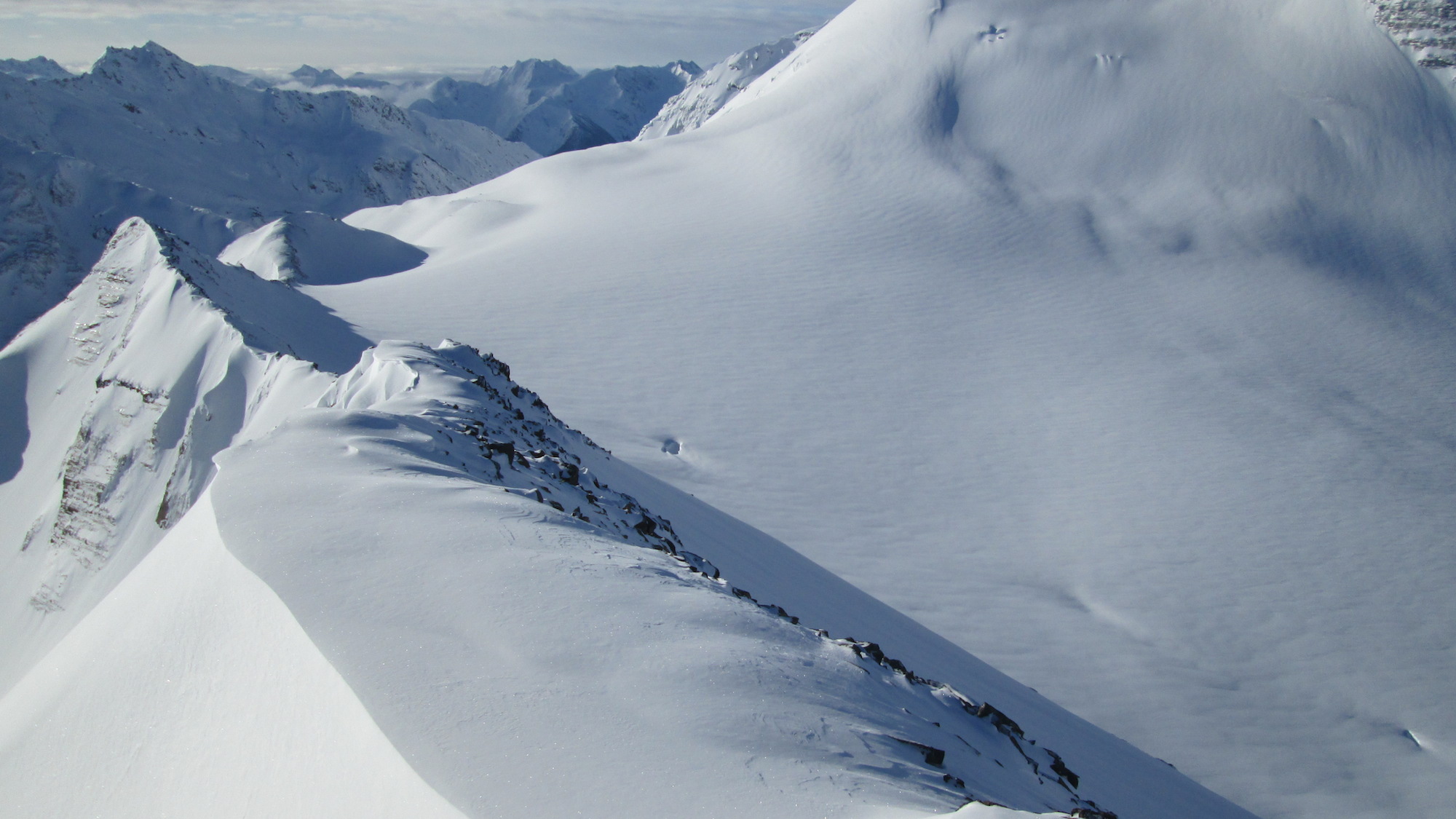 The ski area is designed to be developed in three major phases. The first phase will reach Twilight Glacier, at elevation 2,530 meters (8,301 feet), allowing for year-round skiing and for a vertical drop of 1,370 meters (4,495 feet) to the resort village base. Sightseeing will be impressive, more impressive than any mountain viewpoint in the National Parks, with an incredible view of Mount Robson, the highest peak in the Canadian Rockies.

The second phase will reach the view of the glaciers of Mount Arthur Meighen, from a location overlooking “Push-along “ glacier, expanding both the access to summer skiable glaciers and the winter skiable territory. The sightseeing experience of the glaciers will be world-class and the vertical drop will increase to 1,595 meters (5,233 feet).  The third phase will reach a saddle below Mount Arthur Meighen, at 3,205 meters (10,515 feet), further expanding summer skiing and creating the most dramatic sightseeing experience of the project, a major international draw showing mountains with glaciers from a spectacular and unique view point. The vertical drop to the resort base near the airport will reach 2,090 meters (6,857 feet), amongst the largest in the world, and could reach 2,260 meters (7,415 feet) with the installation of an optional lift, the second largest in-bounds vertical drop in the world in absolute terms and without requiring snowmaking – a particularly noteworthy attribute that is unlikely to be replicated elsewhere. 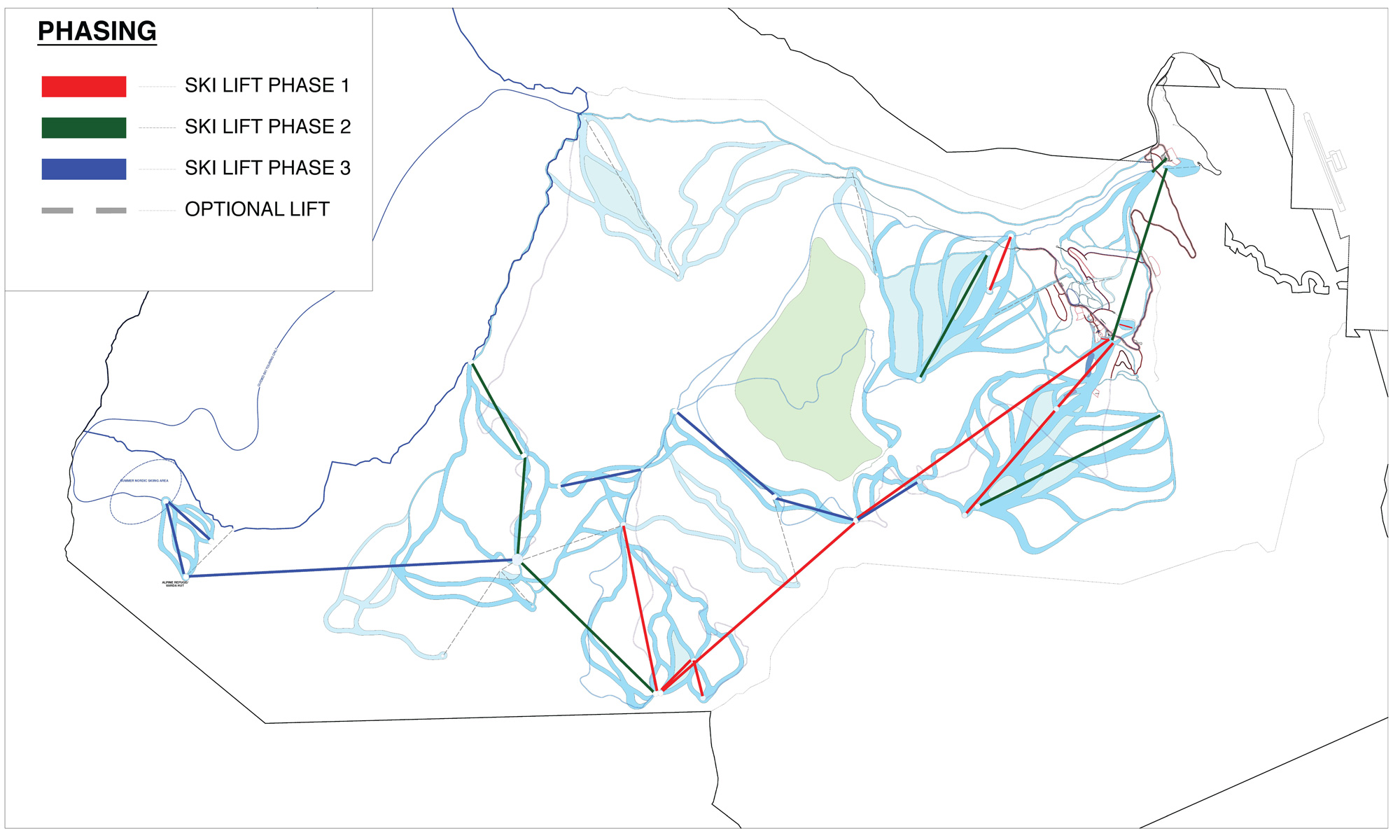 Snowfall and snow quality is an essential planning element for an international-class destination. Snow quality and reliability generally increase with latitude and elevation in the Western half of North America, two elements that are present in the study area.

Although Valemount at 850 meters elevation receives an adequate amount of snow, and is normally above the rain line at its latitude in winter, the resort village elevation above 1,300 metres (4,265 ft.) chosen for the project is ideal for guaranteed snow throughout the winter season and the glaciers and high elevations of the Premier Range receive year-round snow and are ideally situated for summer skiing.

The Cariboos and the Valemount area have been known for decades to heli-skiers and snowcat skiers for exceptional snow quality. More recently, Valemount has also become a Mecca for snowmobiling due to its abundant snow and beautiful scenery.

Valemount’s average annual snowfall is 536 cm (211 in), amongst the highest Canada, and significantly higher than Whistler, Lake Louise, Jasper and Fernie. A few years ago, CMH’s Cariboo Lodge operators reported an annual snowfall of 14 metres (551 in) at 1,800 m (5,905 ft.) elevation, which is in the lower portions of the planned skiable terrain. The average snowpack has been reported by CMH and Cariboo Snowcat Skiing and Tours to be in the range of 100 cm at lower elevations and 250 cm – 300 cm at higher elevations.